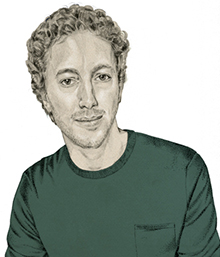 Feb 12/2021 – This week I would like to take a look at what is happening with office space downtown. The pace, timing, and availability of office space is an important indicator of the future health of Toronto’s core communities.

I like to follow a Real Estate Investment Trust named Allied Properties. You may recognize their gold and black ALLIED plaque pasted to seemingly every brick building on King Street. They are Toronto’s dominant landlord in the niche brick and beam mixed-use segment. Their 10 million sq. ft. property portfolio comprises primarily of century-old historical buildings that have been restored, renovated, and modernized. The majority of the properties are located in the Toronto central business district to the immediate west and east of the downtown core. The REIT also owns properties in Montreal, Calgary, Kitchener, Edmonton, Vancouver, Quebec City, and Ottawa.

While they don’t lease space in many of the big office towers, their tenants are many of Canada’s largest tech companies, which is an important and growing high paying industry in Toronto. These companies include Shopify and Ubisoft. They are also plugged into the development side of Toronto real estate. This is best illustrated by their partnership with Rio Can REIT in building ‘The Well’, a mixed-use project which is currently Toronto’s largest construction site at the corner of Front & Spadina.

Last week, they had their quarterly conference call where they talked about issues affecting the industry and of course what their tenant’s plans are for bringing employees back to the office.

Here are my notes, I hope you find this interesting.

On the rumour a shift in office size requirements (ex. more availability under 10K sq.ft as businesses look for more spacious offices): Generally, they aren’t seeing a shift in size requirements from tenants. What they are seeing is a shift in the type of user interested in their office space. They are seeing more interest from the professional services field. For example, law firms. They just leased 25,000 sq.ft in the ‘The Well’ to a law firm. The law firms justification for the commitment? They made the clear decision that in order to succeed they had to operate from a collective workspace. They were also persuaded that at the end of the day their ability to attract, retain and motivate talent would be enhanced by locating at The Well.

On the hot button topic of an escalating number of companies trying to sublet their office space:

The bulk of their office sublet space is located in Toronto, which they see as a benefit because of their confidence in the demand for office space moving forward. Subletting office space for them has almost always worked in their favour as it gives them the ability to re-negotiate the rent. Generally, the scenario is that the new client comes to them directly, asks for a longer term, and they yes, but at a new higher rate starting immediately.  They also noted that some of the elevated available sub-leased space we are seeing in the market is due to companies who are working from home putting their space on the market just to see what they can get, because why not?

On when and if their tenants are coming back to the office: “The working premise would be that people are going to maintain the footprints they have and not retract or expand, but it is too early to assert that definitively. Users are evaluating their needs in light of what they have learned and in light of what they expect to transpire in the future…and I don’t think we have enough data yet from our actual users to conclude even tentatively where that may go over the next 12-24 months…but we are very confident based on our ongoing discussions, which have continued since Q3 and into 2021 now, that users we have spoken to will be bringing their workforce back to the office when the pandemic is over. How, at what pace, and to what extent, we don’t have enough data yet to make any meaningful conclusion. Although it does appear to us that most of the users we serve are not contemplating having significant components of their workforce work from home.”

The buying market is ultra competitive. Sign up for automatic listings updates to receive new properties the second they hit the market.